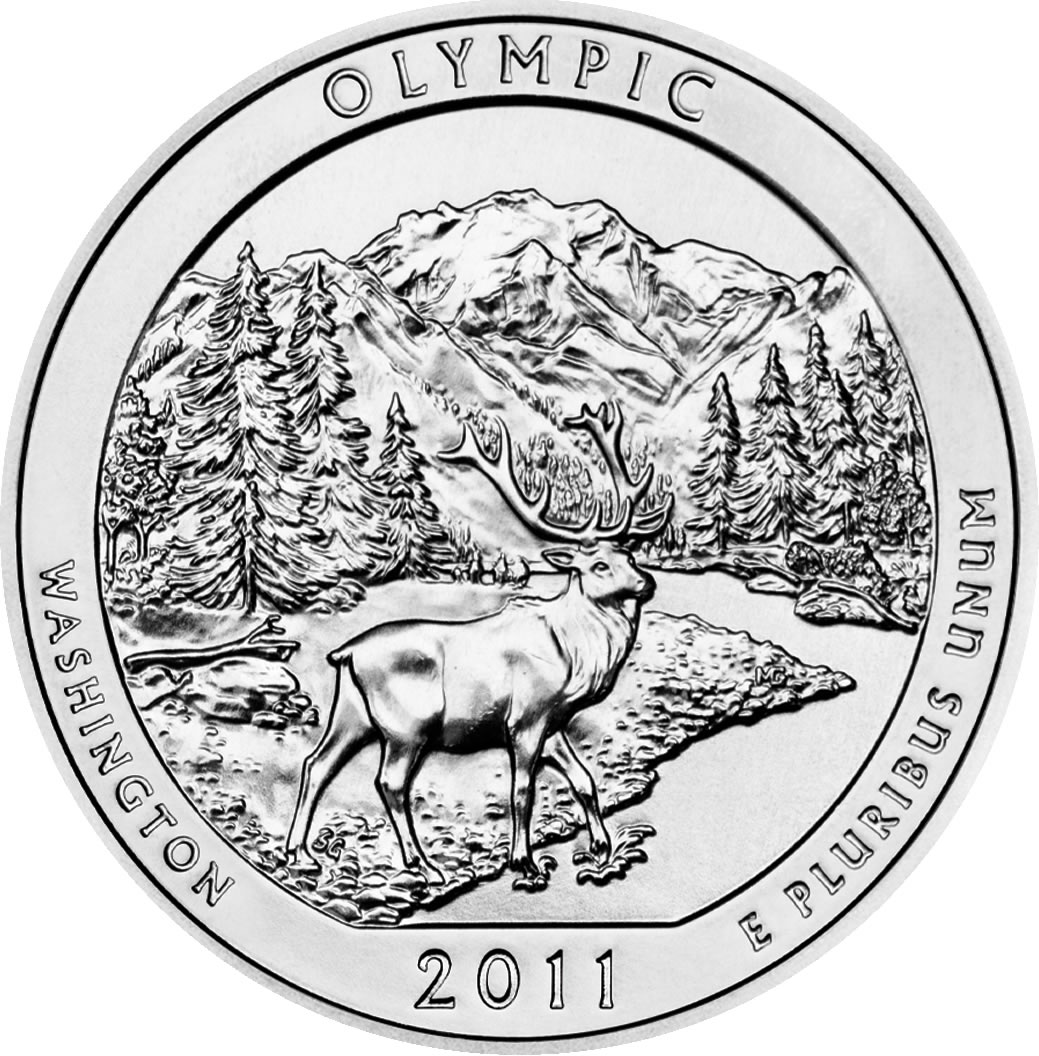 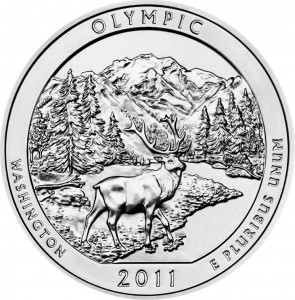 The United States Mint will begin offering the 2011 Olympic National Park Silver Bullion Coins to its network of authorized purchasers (APs) next week. In a memo today to the network, the US Mint indicated that it would begin accepting orders for the Olympic Silver Bullion Coin on Monday, May 23, 2011.

Even with those relatively small initial numbers, the mintage of the first three 2011 silver bullion coins is quite a bit higher than last year's debut strikes of the series. When the Mint offered the 2010-dated coins, it was only able to issue a total of 33,000 of each of the five strikes which led to difficulties for both the authorized purchasers trying to sell the coins and the buyers trying to obtain them.

In fact, the US Mint delayed that initial 2010 launch a few days in order to implement additional requirements for the sales of the strikes in an effort to try and eliminate any price gouging concerns.  However, even with those additional safeguards in place, many buyers still had difficulties in obtaining the coins as the network struggled to meet the requirements and still offer the coins to the public in a timely manner.

Those additional requirements have not been put in place on these 2011 bullion coins as the higher mintage should insure that more of the demand is met. However, the Mint is requiring that the authorized purchasers wishing to participate in the sale of these coins have certified that they have sold all of their inventory of last year's strikes and did so in compliance with the Mint's terms.

The United States Mint will still be charging the network a premium of $9.75 per coin, like last year. The premium is in addition to the market price of the five ounces of silver that each contains. That premium is meant to cover the Mint's production costs for the coins.

Once the APs have placed and received their initial orders, they will begin the process of offering them to the public. This will occur through the network's normal channels of local bullion and coin dealers with some APs also offering the strikes for sale directly to the public.