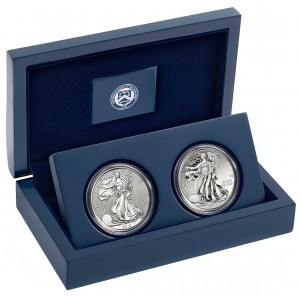 Collectors have just three days left to place any remaining orders for the 2013 American Eagle West Point Two-Coin Silver Set from the United States Mint. Sales for the set will be closed at 5 PM (Eastern) on June 6, 2013.

The West Point Set went on sale on May 9th with ordering available during a four-week window. No pre-determined mintage level was in place on the release with all valid orders received during the four-week window to be fulfilled.

According to the US Mint, a total of 222,979 have been ordered to date. That number is likely to jump in the last few days of availability, but by how much is yet to be seen. 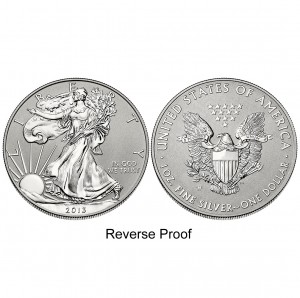 Found in the set are two 2013 American Silver Eagle coins with one featuring a reverse proof finish and the other featuring an enhanced uncirculated finish. 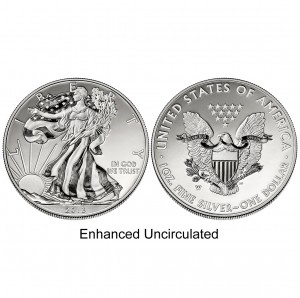 "On the reverse proof coin, the mirror-like background finish of a traditional proof coin is applied to the design elements, achieving a magnificent contrast," describes a press release from the US Mint. "On the obverse (heads side) of the enhanced uncirculated coin, the mountains, red stripes, and blue parts of the American flag; the year; and Liberty's sandals have an uncirculated finish.  The remaining elements and lettering on the obverse have a heavy frosted finish.  On its reverse (tails side), the ribbon in the eagle's beak, arrows, olive branch, alternating stripes in the shield, and the border around the shield have an uncirculated finish.  The lettering and other design elements on the reverse have a heavy frosted finish.  The fields on both sides of the coin have a new light frosted finish.  All these enhancements - unique to this coin - add sharp definition to the designs."

Both coins will only be issued as part of the West Point Set.

American Silver Eagles debuted in 1986 in bullion and proof varieties and are struck from one ounce of .999 fine silver. Shown on the obverse of each is Adolph A. Weinman's Walking Liberty image first seen on the 1916-1947 half dollar coin. The reverse showcases John Mercanti's heraldic eagle with shield design.

Both coins of the set are encapsulated are struck at the US Mint's facility in West Point and are presented together in a single custom-designed, highly polished, blue lacquered hardwood presentation case. A certificate of authenticity is also included.

Pricing of the set is $139.95, plus the US Mint's standard shipping and handling charge of $4.95 per order. No household or order limits are in place. To place an order, visit the US Mint's website of www.mint.gov, or call 1-800-USA-MINT.