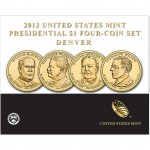 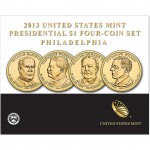 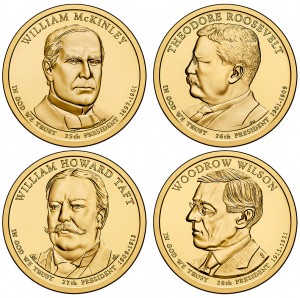 The four coins included in each set are:

As mentioned, each of these coins are struck to circulation quality, although none of them have been issued into circulation.

Shown on the reverse is a rendition of the Statue of Liberty by United States Mint designer/engraver Don Everhart. Inscriptions include UNITED STATES OF AMERICA and $1. An edge inscription on each piece reads "2013," "E PLURIBUS UNUM" and the mint mark.

Of note, the United States Mint is currently offering free standard shipping on most products ordered between the period of July 26th through 5PM (Eastern) on September 30, 2013.