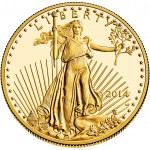 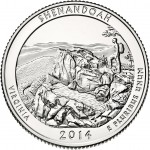 Next week, the United States Mint is scheduled to debut the Shenandoah National Park Quarters in rolls and bags.  A few days later, American Eagle Gold Proof Coins will become available for ordering.

The Shenandoah Quarters are the second of five 2014-dated strikes to appear in the US Mint's America the Beautiful Quarters® Program. This series debuted in 2010 and features five new strikes annually each depicting a different reverse design emblematic of a selected site of national interest.

American Eagle Gold Proof Coins first appeared from the United States Mint in 1986. They have been issued annually except for 2009 when the program was temporarily suspended.

On Monday, March 31, 2014, the United States Mint will release the rolls and bags of Shenandoah National Park Quarters. Each of these products features the Shenandoah Quarters struck to circulation quality.

On Thursday, April 3, 2014, American Eagle Gold Proof Coins will be released by the US Mint. Options will include one ounce, one-half ounce, one-quarter ounce and one-tenth ounce along with a four-coin set.

Pricing will be determined next week with those prices subject to change based on market conditions.

For more information, or to order any of these products when released, visit the US Mint website of www.usmint.gov or call 1-800-USA-MINT (872-6468)