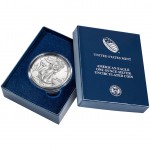 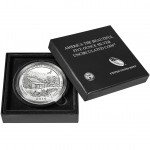 Additional brief information on these new releases is offered below: 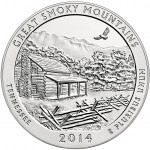 The coin appears as the first 2014-dated release of the U.S. Mint's America the Beautiful Five Ounce Silver Uncirculated Coin Program. Four additional program strikes will be released yet this year.

On Thursday, April 10th, rolls, bags and boxes of 2014 Calvin Coolidge Presidential $1 Coins will become available. Buyers have the choice of circulation quality coins from the Philadelphia or Denver facilities. 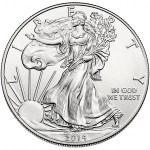 Also on Thursday, April 10th, the United States Mint will release the 2014 American Eagle One Ounce Silver Uncirculated Coin. This annual issue first appeared in 2006 and is one of the most popular numismatic products released by the Mint.

The coin is listed to debut at $43.95. The coin features the same basic obverse and reverse imagery as other Silver Eagles including Adolph A. Weinman's "Walking Liberty."

All of these products, when released, may be purchased directly from the United States Mint. The website is www.usmint.gov or products may be ordered by calling 1-800-USA-MINT.