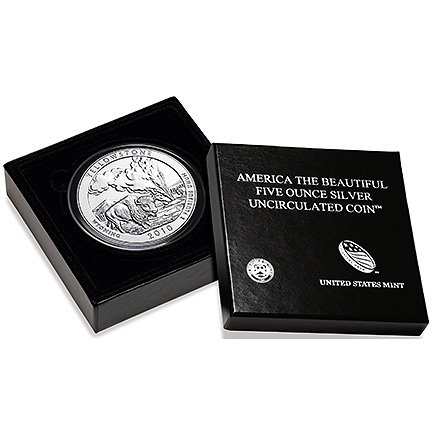 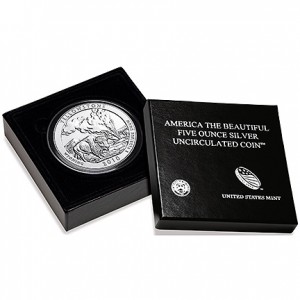 The 2010 Yellowstone 5 Ounce Silver Uncirculated Coin will be released by the United States Mint on May 17, 2011 according to a Mint press release.

The bullion coin series made its debut late last year leaving little time for the Mint to also issue these numismatic versions despite having actually been struck in 2010. Three more 2010-dated silver uncirculated coins are yet to appear from the Mint which will honor Yosemite National Park of California, Grand Canyon National Park of Arizona and Mount Hood National Forest of Oregon.

Both these uncirculated coins as well as the bullion strikes take their designs from yet a third US Mint series known as the America the Beautiful Quarters® Program. All three series will see five strikes minted annually as part of them until the programs are scheduled to end in 2021. At that time, a total of fifty-six new coins will have been created per series.

According to the Mint, these 2010 Yellowstone Silver Uncirculated Coins will initially be offered for sale on May 17, 2011 beginning at Noon (Eastern Time). The strikes are listed to sell for $279.95 like the previous Hot Springs Coin, but as with all US Mint precious metal releases, that price is subject to change. A household order limit of one will be enforced by the Mint for the first week of availability with that limit reviewed for a possible change after that time-frame.

Shown on the reverse of the coin will be a design emblematic of Yellowstone National Park found in the state of Wyoming. It was created by Don Everhart and shows two American Bison (also called buffalo) surrounding Old Faithful Geyser as it erupts.

Once available, the US Mint will accept orders for the coin via its website of www.usmint.gov or by calling the toll-free number of 1-800-USA-MINT (872-6468).